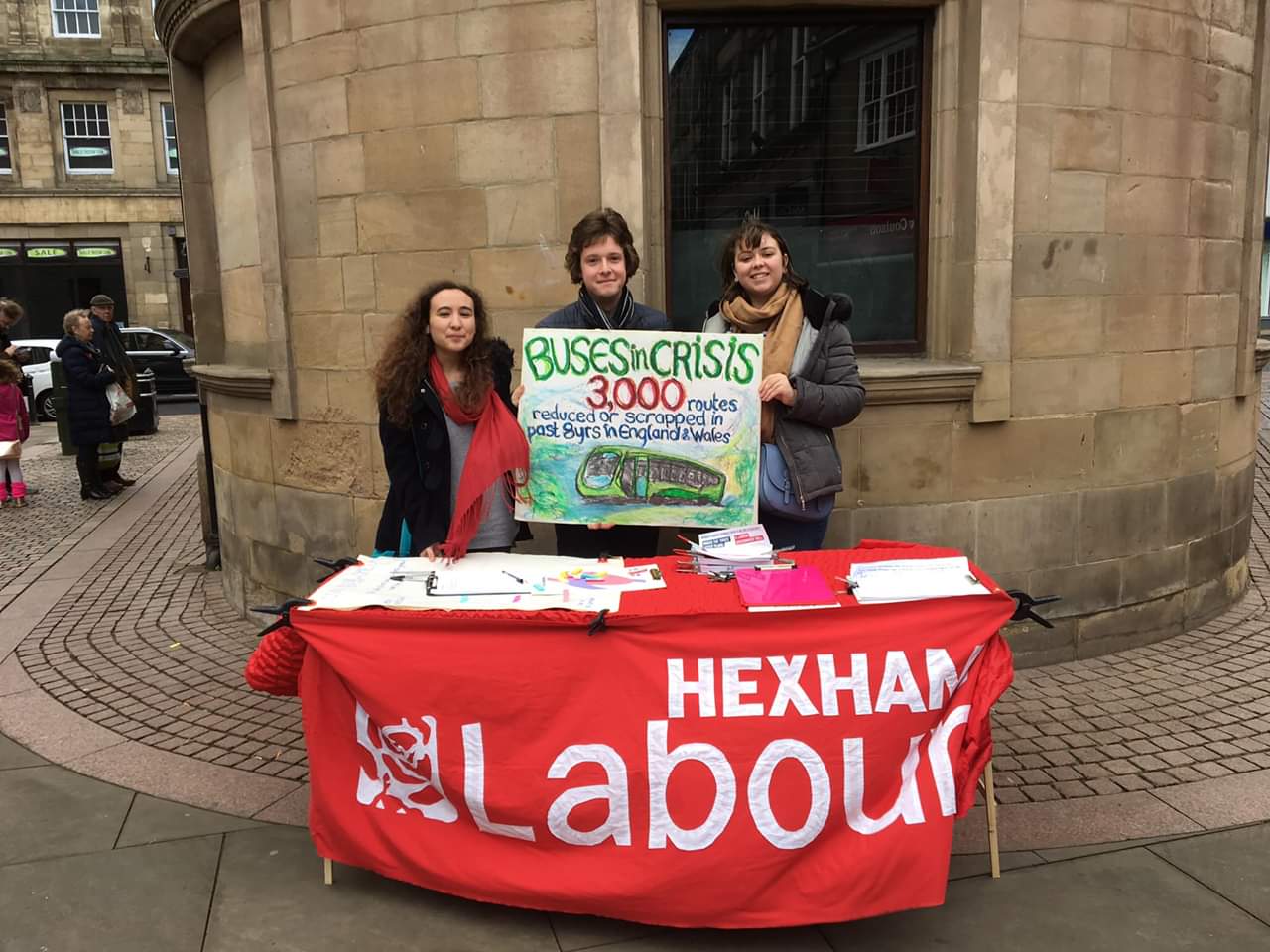 Hexham CLP were out in force for Labour’s Campaign Day on Saturday November 3rd. In Haydon Bridge seven people and a very large fluffy black dog turned up, set up a stall creating high Labour visibility with placards, banners and balloons. Wearing their team t-shirts they distributed leaflets, signed up supporters and listened to folks on the streets. And generally made a good impression.

Meanwhile in Hexham Young Labour were campaigning on the poor state of transport in the region and in particular the paucity of bus routes and reliable buses running on them. Holly, Joseph and Marcie stressed that Labour, when elected, would allow local authorities to again have full control of the bus service. The also discussed the recently formed Young Labour Network in the Hexham constituency.