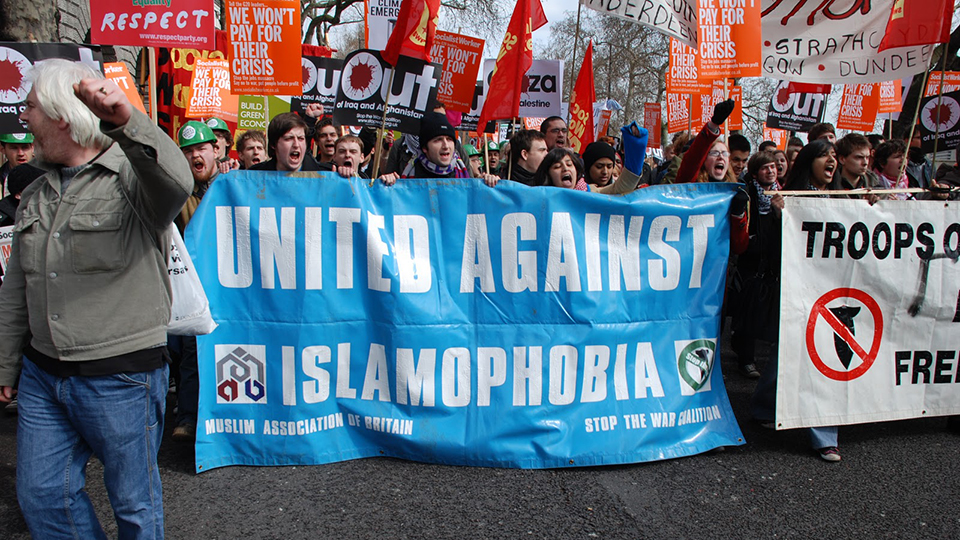 1. Throughout history trade unions have been at the forefront of the struggle against the far right and its attempts to divide working people using narratives of hate and blame. Drawing on our core values of unity, equality and solidarity, we will strengthen existing links and build new networks, rooted in workplaces. International solidarity between working people has led to concrete wins.

2. We must identify strategies to leverage our industrial power and engage employers in tackling the influence of the far right in the workplace:

3. Unions recognise that, while the workplace is our starting point, we must connect our struggles to the wider community and build solidarity and develop a collective narrative to counter the far right:

4. Unions recognise that the far right targets its hate at specific groups including LGBT+, ethnic and religious minorities, migrants and refugees, women and trade unionists. In order to effectively combat this, we need to be clear as a movement that, in line with our core value of equality, we stand with all workers and oppose all forms of hate without exception:

5. The TUC has recognised that the rise of the far right is an international phenomenon and consequently the urgent need to further strengthen international links and the sharing of learning across international borders, and this should include building networks with the broader anti-racist and anti-fascist movement internationally.

6. Raising political awareness among workers and communities must be a priority for the union movement in building a compelling narrative to counter the far right. Sustained political education among representatives, activists, members and communities should continue to:

7. Combatting the far right is a political question that requires a political answer. Just as the far right has grown in the absence of a progressive alternative to neoliberalism, as the case studies show, it has been successfully pushed back where anti-racist and anti-fascist efforts have been closely linked to the struggle against neoliberalism and austerity. In practical terms this has involved building solidarity networks on the ground to connect the disparate social forces engaged in the struggle against racism, the far right and around various material concerns:

Building our evidence base for action

8. There is limited information about the penetration of far-right organisations and narratives in UK workplaces and trade union membership. The programme of research currently being pursued by the DGB offers a methodological template and useful lessons for undertaking a similar exercise in the UK, which can subsequently inform trade union strategies.

9. It was beyond the scope of this report to undertake a comprehensive examination of trade union responses to the far right internationally. However, this is an important piece of work that would be useful in identifying the most effective strategies currently being employed and innovative responses to the constantly evolving threat of the far right.

10. It could be useful to undertake a wider analysis of the growth of the far right internationally and highlight other important case studies, for example in Asia, Africa and other regions.

11. The role of social media and ‘big tech’ companies in amplifying far-right narratives demands closer attention from trade unions, both to understand this phenomenon and to formulate an effective response including lobbying for stronger regulation.

12. We need to build upon work that is mapping the influence of far-right narratives and networks online. By analysing key influencers, recurring narratives, geographic and demographic data, we can identify strategies designed to pull people away from the influence of the right.

13. The UK lacks the type of progressive media that can match the capacity of the far right. Trade unions should consider their strategy to challenge far-right narratives and corporate power and promote a vision of a different world.