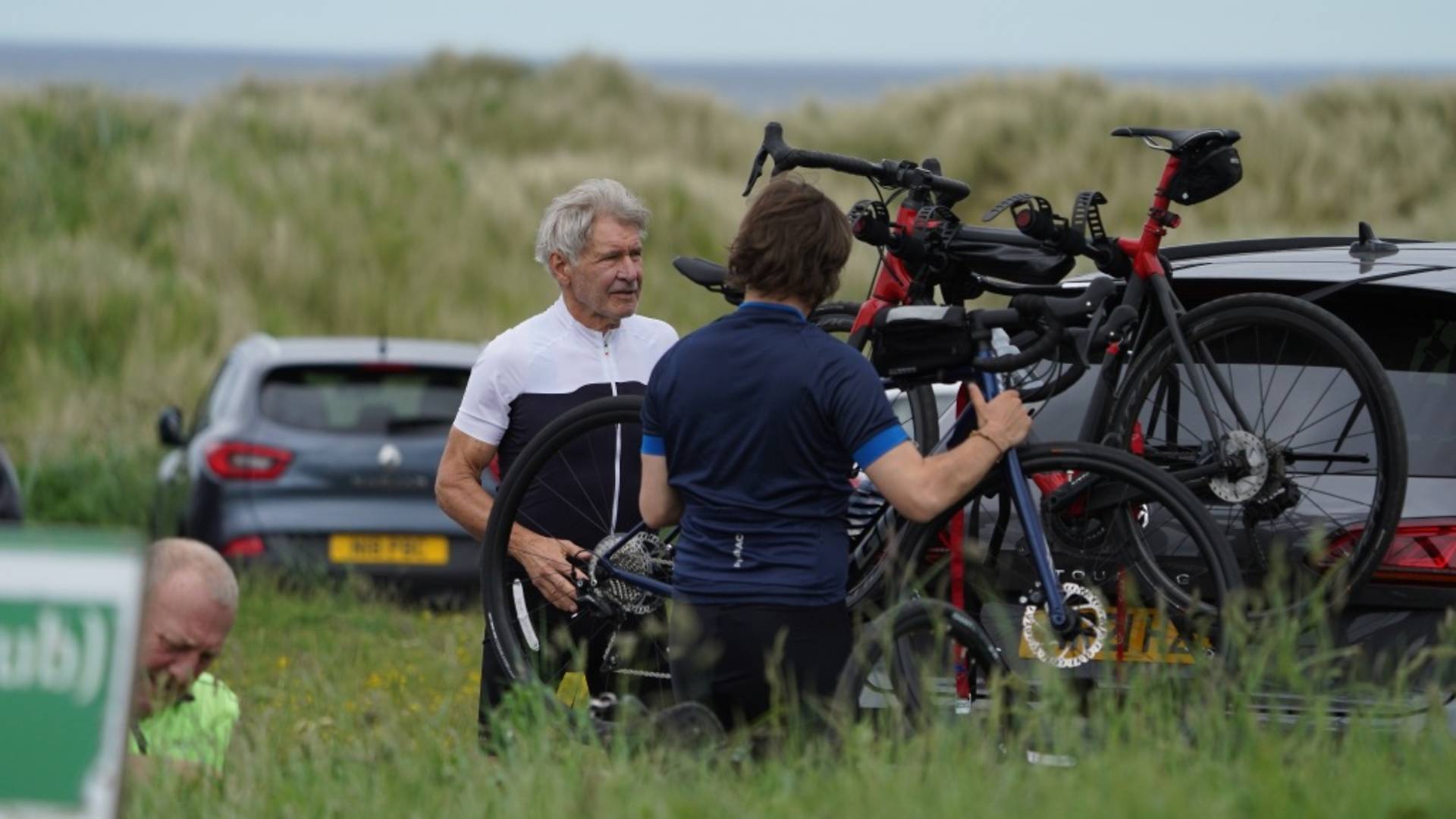 Talent was in the North East last week, along with Hollywood fever.

The latest Indiana Jones film is being shot at stunning Bamburgh Castle. It struck me that Raiders of the Lost Ark was released in 1981.  I was 11. How time flies. I expect Harrison Ford is thinking that, though anyone who saw him cycling through Northumberland, in Lycra, wouldn’t have guessed he’s 78 years old. But as Indie says in Raiders, “It’s not the years honey, it’s the mileage”.

I’m not surprised they’ve chosen the North East as a location, though. For over a millennium, the North East has been a hotbed of creativity and ingenuity. If you’re not convinced, take a look at the Lindisfarne Gospels when we bring them to the Laing next year.

The electric light bulb was invented here.  And the train.  We powered the industrial revolution.  In 1878, the world’s first hydroelectric power scheme was developed at Cragside, Northumberland.  Harrison Ford is a climate activist – I wonder if he’ll visit while he’s here.

That’s why as North of Tyne Mayor I’ve launched not one, but three separate funding streams to nurture talent and ingenuity.

The North of Tyne Culture and Creative fund gives freelancers and small firms the money to make their ideas real.  £2.6 million is available as grants, loans and equity.  That’s backed with skills, advice and making connections to get your project off the ground.  If you’ve got a business idea in culture or the creative industries, check it out.  And tell your mates.  It’s on the North of Tyne website.

The North of Tyne Recovery Innovation Fund is offering businesses £1.5m in grants and one-to-one support to turn ideas into reality.  You can get between £5,000 and £10,000.  To qualify, your innovation has to help either with climate change, creating jobs, or making our economy more inclusive.  Innovation doesn’t need to be complicated. It could be as simple as using different technology, or changing a business process.

There’s two briefings coming up on Tuesday 29th and Wednesday 30th June.  Register at ntca-innovationrecoverygrant.co.uk, and please spread the word.  Small firms are the engines of innovation.

You don’t have to own a business to make the world a better place.  Identifying local talent means supporting local communities. Practical, inclusive, projects bring communities together.

The North of Tyne Crowdfunder has had two rounds of funding already.  Things like beekeeping on the Meadowell Estate in North Shields. Planting flowers to brighten up our streets. And community film-making.  Although probably not with the budget of Indiana Jones.

It’s been so successful, we’re launching a third.

It works like this.  You have an idea that will benefit your community. We’ll give you help and advice to explain it, with our partners Spacehive.  You build support in your local community – we can give you the tools to help.  And if people in your community like the idea, we’ll give you funding.

It’s part of my manifesto commitment to tackle climate change and food poverty.  This round is called Zero-Carbon, Zero-Poverty.  This can be anything from setting up a community garden or allotment, a food club or community café, or your original idea.   Remember, shy bairns get nowt. If you’ve got an idea for improving life here, apply. Better still, get a group of mates and do it together. We’re launching the third round on Tuesday 6th July.  Have a look on our website for more information. www.northoftyne-ca.gov.uk/news/zero-carbon-zero-poverty/

I talk a lot about devolution.  About how our destiny should be in our hands.  And how decision making is better when it’s not centralised.  Well this is me putting it into action.  Directly giving the people of the North of Tyne a chance to nurture their talent, themselves.

Originally published in the Journal and Evening Chronicle 21 June 2021