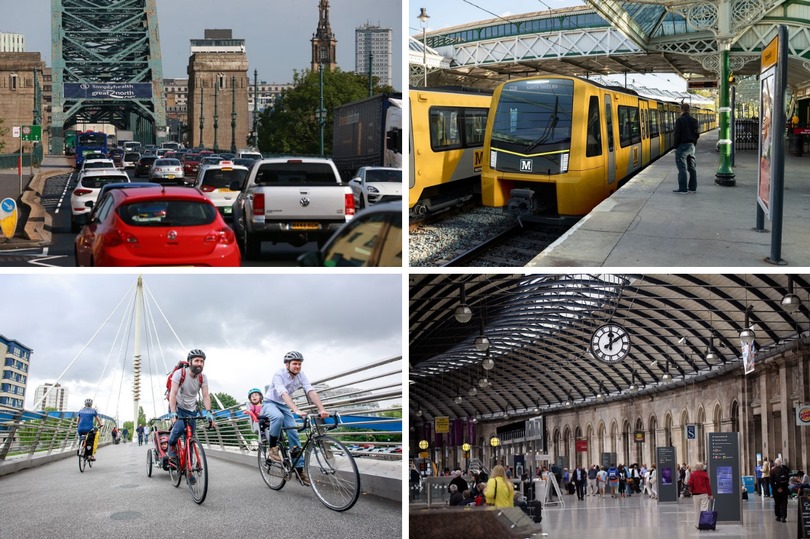 When we talk about transport there are two questions. First, what transport system do we want? And second, how are we going to pay for it?

It’s the second one that causes all the problems.

Transport is a fundamental part of everything we do. It’s a mistake to let the market dictate its direction. It needs long-term planning.

At the moment, funding is allocated by short-term competitive competitions. Imagine you’ve got to host a meal. But you don’t know your budget, or when you have to serve the meal, or what type of food, or even if anyone is coming until an hour beforehand. You’d have no time to plan, and little opportunity to innovate. That’s why so many transport schemes end up being variations on the last thing that happened, made from left-over ingredients. The planet is on the precipice of a climate catastrophe. In the Budget, the Chancellor announced £1 billion for green transport. Then triumphantly announced “£27billion for tarmac”. There’s a mismatch there and I don’t think I’m the only one who sees it. You can’t level up with concrete.

We’ve learned to assume that the way to transport an 80Kg human is with a 1500Kg vehicle. Then leave that 1500Kg vehicle lying around all day before driving it home. I’m an engineer, the thermodynamics of that just don’t work. There’s a place for cars, but they’re not as essential as we think.

It’s not so long ago we all assumed that buying videos and DVDs was the best way to watch films at home. These days, streaming is more convenient and often cheaper. Transport should be about moving people, not cars. We should treat Mobility as a Service – known as MaaS. But what would that look like?

We could access all our transport needs through one smartphone app. The technology already exists to give us options for every journey – Metro, taxi, bus, bike, walk, and how to integrate them.

It can give us real-time location data, buy tickets and reserve us a seat, or an eBike if we need it when we get off the other end. And it’s all integrated so it will calculate the cheapest ticket all the way to your destination. It can even book you a car in a car club and reserve a parking space if you need to drive. When it’s as easy as walking out the front door and turning the key in your car, people will migrate away from cars.

If we invest in bus priority gates, and drivers don’t need to spend time taking fares, buses can be faster than cars – once you take parking into account. Mix in secure cycle parking, and invest in showers in workplaces and public buildings, and cycling will increase. Get ourselves fit and trim, and head off a health crisis that’s coming our way.

So how do we pay for it?

The truth is, we already are. We’re just in denial about it. It costs £4,600 per year to own and run a car. Most of the time it’s parked up somewhere rusting. I’ve just sold my car, and am joining a carclub.

Obesity related illness will cost the UK £49billion a year in by 2050.

Road maintenance is so expensive because we’re taking 1500kg of steel with us every time we go somewhere. We need to re-allocate the way we spend our national resources.

We must fund revenue as well as capital. We’re going to get the first of our new Metro Trains in 2023, but still don’t know if we’ll have the revenue to run them when the current funding runs out.In the North we’ve been underfunded by £66billion. We will only level up when our fate is in our hands. With long-term funding so we can plan. I’ve written about fiscal devolution before – the power to generate wealth here, in the North East.

Originally published in the Journal and Evening Chronicle 07 June 2021