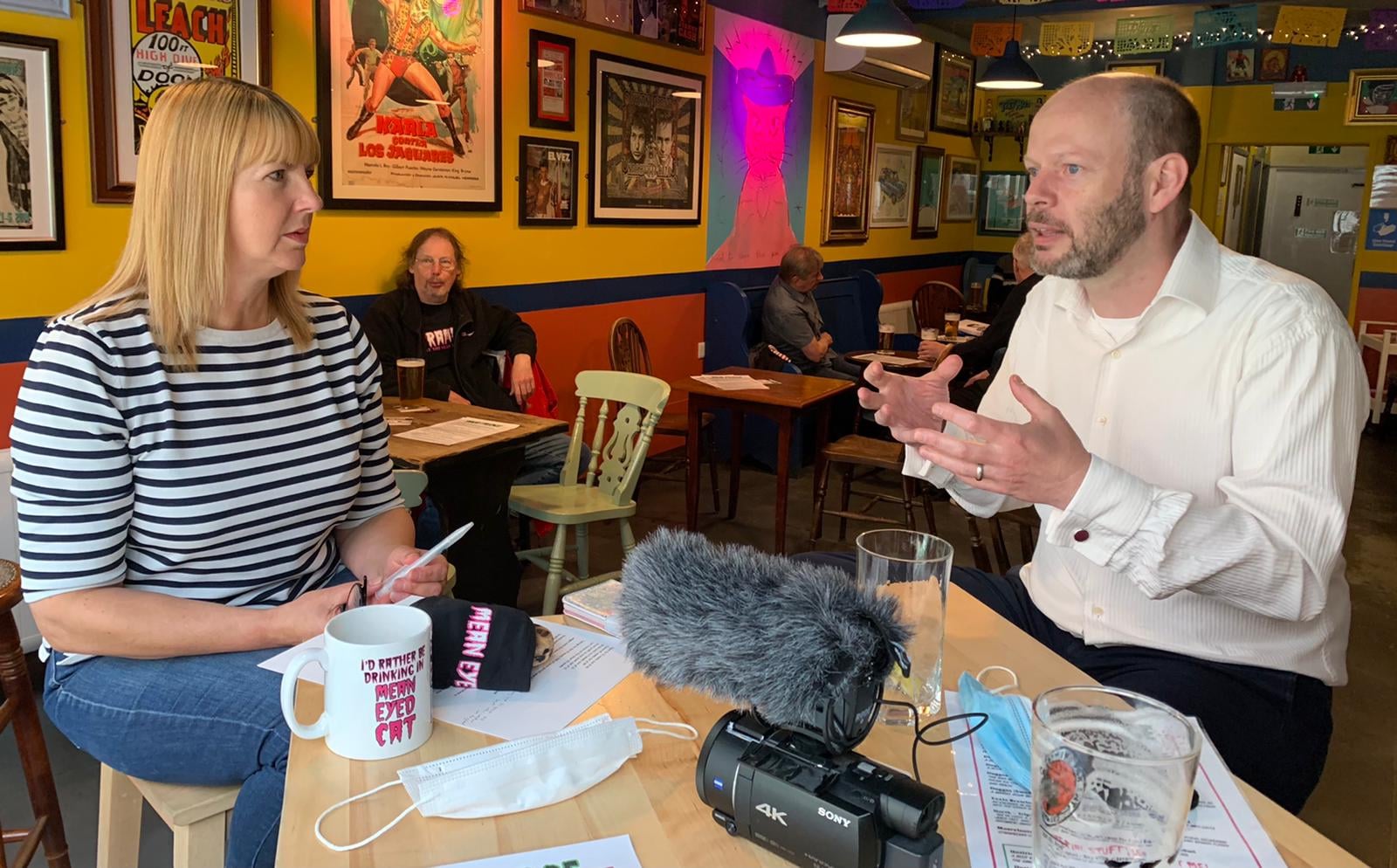 From B&Bs in Berwick to micro pubs in Newcastle, small businesses across our region are opening up. They’ve had a hell of a year. No trading for six months has taken its toll on hospitality and cultural businesses. The self-employed have been hit hardest, with only a fraction of the support of other companies. Over three million self-employed people fell through that gaps of government financial support. Campaign group Excluded UK have been fighting for them.

So while there’s much relief to be moving tentatively back to normal, small and medium enterprises (SMEs) are carrying a shocking level of debt. The Federation of Small Businesses tells me that the total SME debt across Britain is jaw-dropping £100 billion!

Small businesses bring character and individuality to a place. They bring hard financial benefits too. Money spent with local firms recirculates in an area. They buy more local products and services than big corporations. The multiplier effect of buying local, rather than from a corporate chain, creates more local jobs.

Last week I spoke to local business owners, including Julie, who co-owns the Mean Eyed Cat in Newcastle. It’s a cracking little pub, loads of character, the sort of place that adds to the vibe of the city. Julie spoke about getting through the past year for her and other micro pubs. It’s been hard. They’ve lost a year. Eat-out-to-help-out didn’t help them. They paid their staff top ups above the furlough rate when they could. Nine people earn their living at the pub. Then last autumn, government forced northern businesses to close under the Tier system. They lowered furlough to 67%. It was dicey time for local hospitality businesses. Northern Mayors pushed back against government. Furlough was restored to 80%, and many SMEs gained more support.

“We’ve been looking forward to opening up in full, but it’s a pandemic,” she told me. “We need people to be safe … we’re not going to rush to change things, we’re going to move steadily forwards.”

Opening up still means a reduced capacity from pre-Covid days, but just as many staff. Every customer gets table service, and every table needs sanitising between customers.

The big picture is that Julie’s business is one of the North East’s 40,000 SMEs that form the backbone of our local economy.

SMEs account for 48% of our region’s turnover and 50% of the private sector employment. I’m seeing a lot of research and surveys right now. They’re all concluding pretty much the same thing: SMEs in our region face a productivity and sustainability challenge. That’s why we’re putting in £1.6 million of our Digital Growth and Innovation Programme. Hundreds of small businesses will get help to trade online, redesign their operations, and tap in to data science to develop their income. We’re working flat out to make a difference, and credit where it’s due, central government support has made a huge difference, despite the gaps for SMEs and the self-employed.

But we’re not out of the woods. The outsourced and centralised test track and trace system has failed again. Local health teams were not given the details of over 700 people infected with the Indian Covid variant. This risks more outbreaks, and reimposition of restrictions. For £37 billion, you’d expect the test & trace system to do the basics. Compare that with the vaccine programme, which has been successful because it was run through the NHS. We’ve put £1.26 million into a Rural Business Growth Fund. Our £3.25 million Culture and Creative Recovery Fund launches in a couple of weeks. Our festivals programme will come online later this year – restrictions allowing. This will create more local activity, creating jobs but also making the North of Tyne a more vibrant place to live. After the past year, I’m sure we’re all looking forward to that.

Originally published in the Journal and Evening Chronicle 24 May 2021