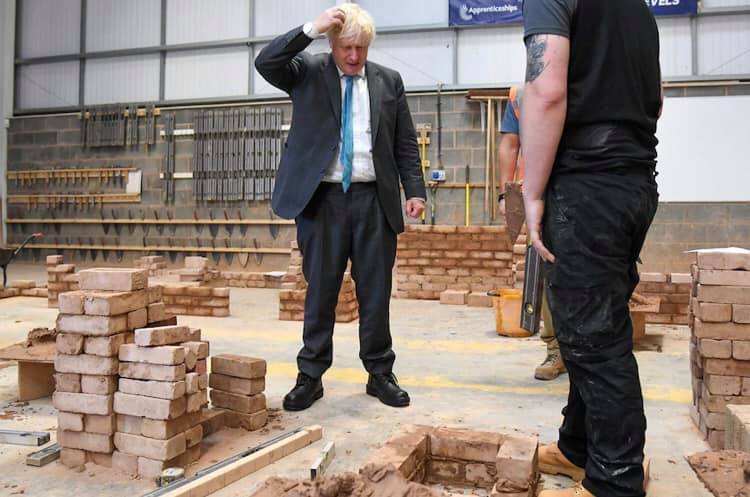 Did you know the 2nd February is Groundhog Day?

At this very moment houses are being built which will need to be retrofitted. Retrofitting means installing something later which would have been easier and cheaper to include it when it was built. This will cost about £20,000 per house.

Probably the homeowner. How much would it have cost if it was built into the house? About £5,000. So why would any government let something so obviously ridiculous happen?

Well, let me tell you a story.

Back in 2006, when people trusted banks and you could go to the cinema, there was a Labour government. They announced that all new homes would be “zero carbon” within 10 years. The 10-year phasing allowed industry to adapt. By 2016, all new homes would generate as much energy on-site as they used. With a guaranteed market and a 10 year lead-in companies could invest in developing technologies. Technologies would become cheaper and more efficient. We’d have a skilled workforce and a bright future of green jobs for young people. We’d be world leaders in green technology innovation. In 2015 the Conservative government scrapped these plans with only 6 months’ notice. The official reason given in the government report was to “reduce net regulation on housebuilders”. In other words, lobbying behind closed doors. Good for the housebuilders’ shareholders. Bad for the people buying the houses, their heating bills, the environment, and everyone who lives on planet Earth.

814,000 new homes have been completed in the last three years. All will need retrofitting. Government are talking about green homes once again. After all, the problem wasn’t going to go away. It certainly feels like Groundhog Day.

Robert Jenrick, Secretary of State for housing, released a Planning White paper in August 2020. It said that from 2025, they “expect new homes to produce 75-80% lower CO2 emissions compared to current levels. These homes will be ‘zero carbon ready’”. The obvious question is why ‘zero carbon ready’? Why not zero carbon? I asked him directly on a zoom call. He said he’d consider it. We’ve lost nine years and wasted 814,000 opportunities to have a zero-carbon housing stock. By 2025 we need to be more that ‘ready’. The government has a target of 300,000 new homes a year. So by 2025 that’s another 1,200,000 homes to retrofit. If you’ve bought a new build since 2016, or buy one in the next few years, these decisions are literally costing you money. About £15,000 in fact.

Existing homes need retrofitting too. The UK’s housing stock is the oldest in Europe. We have low levels of construction and demolition. Around 70-80% of our buildings will still be used in 2050. Retrofit is looming large. At the Combined Authority we’re developing our £10 million Green New Deal Fund to help organisations adapt to green energy. This is just a drop in the warming ocean though.

Retrofitting everyone’s home will cost £billions. In almost all cases it’s cheaper and more energy-effective to retrofit old homes than knock them down and start again. Our homes vary from Tyneside flats to Georgian townhouses, high rises and homes with gardens. The technical challenge is complex. Retrofitting means insulating walls (internally or externally), fitting air-tight window frames with double or triple glazing, and improving the efficiency of electrical and heating appliances. It could mean solar panels, and air- or ground-source heat pumps. Businesses tell me that what they need most is a consistent pipeline of work. Then they can invest in equipment, train people up and build capacity. The government introduced a £2 billion Green Home Grants scheme. You’d think it’s a step in the right direction. Unfortunately, it is in chaos. Applications take ages, vouchers are rejected and companies are not being paid. Why? Because instead of giving it to UK public servants with decades of experience, it was outsourced…to a private firm in Georgia, USA. So don’t try contacting them during UK office hours, they’re in a different time zone.

We need to create jobs and boost our economy, we need to reduce emissions. But you can’t outsource leadership. Government must act now.

Originally posted in the Journal and Evening Chronicle 1.2.21