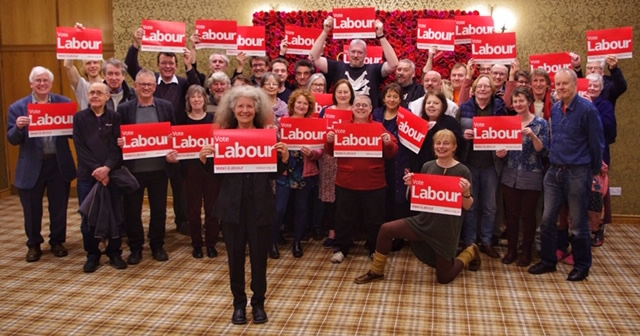 Congratulations to Penny Grennan on being selected as Hexham constituency’s prospective parliamentary Labour candidate at the hustings held in Hexham Tyne Green Mart on the evening of Thursday 29 March.

With 141 party members attending, three candidates put themselves forward at the hustings after nomination by individual branches: Anya Cook from Newcastle, Denise Robson from Gateshead, and Penny Grennan from Hexham. Candidates had 10 minutes to set out their positions before facing an hour of questions: these included Brexit, a strategy for opposing sitting Conservative MP Guy Opperman, and Labour’s Green New Deal. Thank you to all three candidates for their excellent discussion of local issues and wishing to represent us here in Hexham.

After questions, members had the opportunity to vote. Penny Grennan was elected by a large majority.

Penny has promised to be an advocate for Labour’s bold and radical policies on the environment, health, education, transport, the rural economy, and benefit reform. First and foremost, however, she will visit local communities throughout the Hexham Constituency to listen to the concerns of local people. Penny will represent these concerns and demonstrate how Labour’s policy can bring hope and new opportunities across the Constituency. She has Guy Opperman’s majority firmly in her sights!