Hexham Labour Party convened an urgent meeting of its Executive Committee to discuss the crisis in education in West Northumberland after Conservative County Council announced its education proposals which intended to close many schools across the area.

“We support the various Parents' Groups that are campaigning in support of their local schools. The voices of parents and communities need to be heard – and listened to” said Bill Haylock, Secretary of Hexham Constituency Labour Party.

Labour Party members active in the campaign to keep schools open welcomed the withdrawal of the closure programme by the Tory controlled council after wide spread protest. Daphne Gilbert an active campaigner in STARS and member of Prudhoe Labour Party said ‘support is still needed for Bellingham Middle School which is still under threat of closure.’

Furthermore it remains the case that Hexham's Conservative MP Guy Opperman, and the Government he represents, were the architects of the crisis. They foisted Academies like Bright Tribe on the region and, in the name of Austerity, failed to provide the funding schools need.

Tory education policy needs to recognise the particular needs of a sparsely populated rural area like West Northumberland, which inevitably has higher costs, and to provide more money for our schools.

What is now happening in West Northumberland is the inevitable product of Tory education policy:

Labour will create a National Education Service, along the lines of the NHS, and provide sufficient funding so that all schools are given the support they need to provide high quality education for all children, wherever they live.

More news about our education campaigns 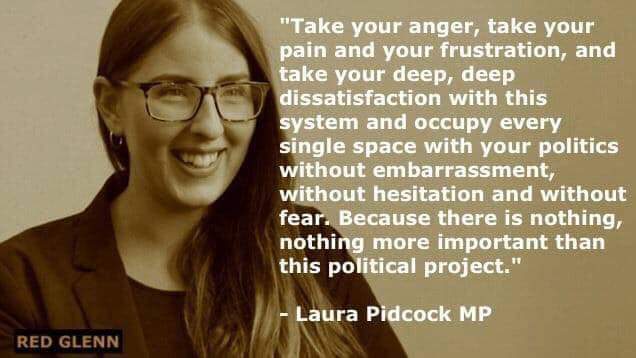 Occupy every single space with your politics!

The Durham Miner’s Gala is always an important event in the labour movement’s calendar. Its been good in recent years to hear the Labour Leader talking live and speaking to you along with your comrades up here in the once industrial and often ignored North of England. But its not just the shared space of … Read More

The story of Granby Street

Empowering people to make decisions that significantly effect there local communities, it’s a mind shift, but it’s Labour’s plan. The story of Liverpool’s Granby Street is inspiring and a good example of a community creating a world they want to live in by creating better homes, facilities and resources with a positive impact on health and … Read More

The recent Panorama exposé of Bright Tribe academy chain should come as no surprise. It’s the latest in a catalogue of failure, greed, and dodgy dealings by academy chains around the country. On top of mounting evidence of academy promoters and leaders lining their own pockets, it is increasingly clear that academisation is failing to … Read More

Schools of scandal and the Tory NCC

Following West Northumberland schools’ derisible ‘big conversation’ as Councillor Wayne Daley, cabinet member for children’s services, has called the belated consultation by Northumberland County Council into its announcement to turn to two tier schools whilst closing many of the regions local schools – a painstaking scrutiny of their own data and records has revealed some … Read More