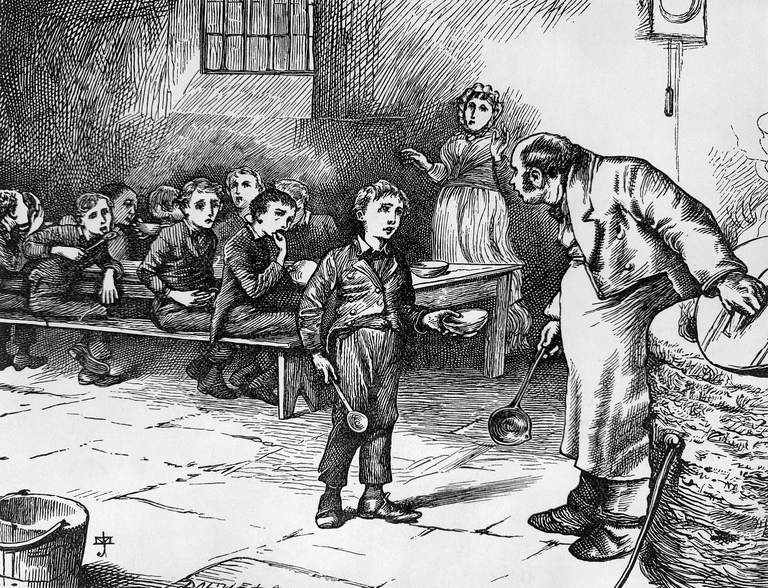 Oliver Twist sums up the relationship between central government and the North.

There’s a dependency on grants from Westminster, often tied in with the electoral cycle.  Restrictions come from Whitehall on to how to spend it, with priorities optimised for the Home Counties.

Oliver needed the handouts because the playing field was tilted against him.  His poor start gave him no chance of prospering.  Eventually, he ran away to seek his fortune – in London.

The North East’s industrial base had grown organically over two centuries.  Jobs and hard work gave us the belief that our kids would be better off than we were.  Then in a decade, we saw the closure of shipyards, steel plants, wagon works and pits.  Government decided the profits from the City finance firms could replace manufacturing.

The North East still has a manufacturing base.  Nissan is the most productive car plant in Europe.  Our problem isn’t anything to do with work ethic.  Like poor Oliver, our problem is that we’ve not had the investment we need.  We can’t close the gap from local taxation.  Our business rates tax base is £300 per person.  In London, it’s £940.  But there are alternatives to local tax.

A few months ago, our work with Verisure brought a thousand jobs to the North of Tyne.  I’ve just signed off on bringing another firm here, with hundreds more jobs.  There are more in the pipeline.  We’re doing the best we can with the tools available.  But we need better tools.  We need Fiscal Devolution – power over how we raise and spend money.

If government allows us to reinvest the savings we make, we can create jobs, improve productivity, and quality of life.

Let Combined Authorities step in and fix this.

Allow us to get firms off the ground.  Every investment creates jobs, raises tax, and ties into our industrial strategy.  Real interest rates are negative.  Allow us to borrow at the same rate as central government for a regional wealth fund.  Recyclable loans and taking equity shares makes it self-funding.

None of this means more taxes for citizens – it’s self-funding.

I’ve been lobbying hard for more powers.  If it wasn’t for the new Zoom world we live in, I wouldn’t have seen my family for the past few weeks.  I’d never have been off the train to London.  I’ve spoken to ministers, Secretaries of State, the Chancellor and the PM.

Credit where credit’s due.  I’m deeply critical of the government on many issues, but on devolution, they’re playing ball.  Whenever I can work cross-party to get a better deal for the people of the North East, I do.

The UK is one of the most centralised countries in the world.  Of the £143 billion tax raised in the North, ninety five per cent gets transferred to Westminster.  Later this year, government will publish the Devolution White Paper.  Let’s hope they devolve the tools we need to make our regional economy work for us.

We have to get beyond Oliver.

Published in the Journal and Evening Chronicle 29.6.20