Remembrance is an act of solidarity

Did you know that every year more people are killed at work than in war?  Most don’t die of ‘tragic accidents’  or mystery ailments.   In Europe alone, work-related accidents and illnesses kill 200,000 people every year.  They die because an employer decided their safety was less important than the bottom line.

In the North East, we have a history of coal mining and heavy industry.  We’re no strangers to work-related death and diseases.  Thousands of miners in the Northumberland and Durham coalfields lost their lives, or suffered chronic illness.  Not just men, but children too. Next week commemorates the Spinney Disaster at Heaton Colliery. On 3rd May 1815 75 men and boys lost their lives.

Coal mining, along with much of our heavy industry, has now gone.  Yet workers are still losing their lives or being left with injury and illness because of negligence.  Mental ill health from work-related stress is the modern industrial disease.  TUC research shows that over 11 million working days are lost each year from it.  It affects 400,00 workers.  It can leave lifelong psychological and physical disability.

With austerity, staff are under-paid and over-worked.  Our public services are so badly underfunded that some workers are doing the jobs of two or three people.  We could see what would happen.  We warned what the cuts would cause.  These risks to workers’ health were entirely foreseeable.  So were the risks of ignoring reports to prepare properly for a pandemic.

In the year of coronavirus, this day of commemoration is more essential than ever.  The pandemic affects every worker regardless of job or location.  Millions are losing pay.  Others are out of work.  Many have improvised working from home.  Keyworkers are risking exposure to the virus to keep society going.  Tens of thousands have fallen ill.  And three months since the outbreak, vast numbers of workers still don’t have the PPE they need.

Covid-19 has now killed over a hundred health and social care workers in the UK.

We’ve seen the moving accounts on TV.  Grieving relatives and colleagues devastated by their loss.  How much of this grieving could have been prevented if we’d only invested to protect frontline staff?

The failure to provide adequate Personal Protective Equipment (PPE) has been laid bare over recent weeks.  The TUC has made a call for a judge-led public enquiry in to the “grotesque failure” of the government’s PPE planning.  This is not about closing the stable door after the horse has bolted.  It’s about ensuring that workers are not put at risk again.

We also need to know why the virus is taking such a heavy toll on BAME workers.  Around two thirds of the NHS staff who have died from Covid-19 are from Black, Asian and Minority Ethnic communities.  As is every one of the 15 doctors who’ve died so far.  Kier Starmer has tasked Baroness Doreen Lawrence, the party’s new race relations advisor, to launch a review in to the disproportionate impact of Covid-19 on BAME communities.

Remembrance is an act of solidarity.  So that we renew our efforts to organise collectively.  To prevent more deaths and work-related injury and disease – whatever the cause.  After this crisis has passed, we must stand shoulder to shoulder with these workers.  There must be no service cuts or job losses.  No excuses for more austerity.

So on Tuesday, I’ll be observing a minute’s silence at 11am   It’s a moment to pay tribute to the ill and the fallen.  A moment of solidarity with those still exposed.  It’s also the time to commit to protecting those who continue to do vital work.

We remember the dead and we fight for the living. 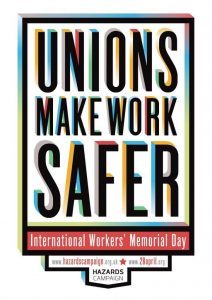 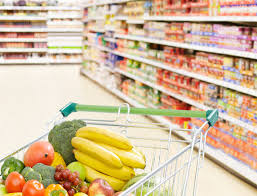 Of particular note are flour and seeds.  Both are products that need time and patience to use.  We’ll ignore crisps, alcohol and toilet roll for now.  Although if the lockdown lasts a lot longer maybe we’ll see a rise in homemade hooch.

Is it because many of us suddenly find ourselves with more time on our hands? Maybe we always wanted to spend more time gardening or baking, but we didn’t have the opportunity.  Across the population it seems it’s all or nothing.  Either you are an essential worker, throwing yourself in to the massively important tasks that enable us all to get through this; or you’re suddenly finding yourself with more time on your hands.

I think Boris Johnson comes into both categories.  If you haven’t seen the astonishing article in The Times, our Prime Minister skipped five consecutive Cobra meetings on the crisis.  He went on holiday instead.  Calls to order protective gear were ignored.  Scientists’ warnings fell on deaf ears.  At 5,000 words it’s too long to comment on here, but it’s buzzing around on social media.  Check it out.  The catalogue of failures is mind boggling.

For those who aren’t leading a country of 67 million people, I say make the time count.  And it looks like people are.  Baking with the kids; growing veg for the first time, or finally having time to practice a musical instrument.  And do it as often as you know you should if you ever want to play something more complex than Smoke on the Water.  (My 12 year old son now does a great James Bond theme on his guitar!)

A benefit that time gives us is changing the way we shop.  Being able to walk to your local greengrocer, butcher or general store (where they’ve been able to stay open).  You might have watched the recent show on the BBC called Back in Time for the Corner Shop.  It showed how corner shops have changed over the last 100 years.  From being the centre of the community, with the shop keeper weighing out all the produce, to self-service and the impact of the supermarkets.  The last episode showed modern local shops with a happy medium between speed and friendly personal service.

The satisfaction of making something with your own hands is part of the human condition.  This is not a new idea.  Thinkers from Karl Marx to the Dali Lama have spoken of mindfulness and the alienation of labour.  The idea that humans take pleasure in creating and achieving.  As Pablo Picasso said, “Every child is an artist. The problem is how to remain an artist once we grow up.”

In the Star Trek film Insurrection (bear with me here) the Enterprise crew find themselves on a planet which appears to be lacking technology.  The colony’s leader explains, “We have chosen not to employ [our technology] in our daily lives.  We believe that when you create a machine to do the work of a man, you take something away from the man.”  In an otherwise unremarkable film, this stands out as prophetic.  How the world will bounce back from this crisis gives us a choice.  A thug can use a knife to wound.  A surgeon can use a knife to heal.  Likewise, automation can put people out of work and into a precarious future.  Or it can provide the time for us to develop our innate human creativity.  I think we’re approaching a Beveridge moment.  We need a public debate on Universal Basic Income.

We need a balance between humans and technology.  Technology is essential for prosperity and sustainability – from broadband to vaccines.  The burden we’re placing on our planet’s resources requires a less materialistic way of life.  Our relationships, physical and mental wellbeing, must be valued more than consumption.  Our work-life balance needs recalibrating.  All of us deserve the time to take a walk, use our hands, and make time for the things that make us human.