Only about one in twenty UK party members is between 18-24 years of age. However Labour has a far greater number of younger members than other parties and this is on the increase since the election of Jeremy Corbyn as leader. In the 2017 general election over 60% of under 30s elegible to vote – voted Labour.

Today’s young people face a range of hardships from the scarcity of work to the repayment of education fees and the spiralling cost of accommodation. Many have become despondent – unconvinced that politics can offer a brighter future. But as the Labour Party comes to offer a real alternative to austerity – younger people are becoming interested in its policies.

We are currently developing a young labour group in Hexham for members and supporters aged 14-26. The aim of the group is to encourage and empower young members to be politically active and engaged within the party and beyond. We meet monthly for informal discussions on issues from local school closures to the NHS.

If you’d like to make contact or know more about Labour and young people in the constituency – get in touch with Holly who is our youth officer at hollywaddell@live.co.uk

More from the Youth network

Make sure to use your vote! 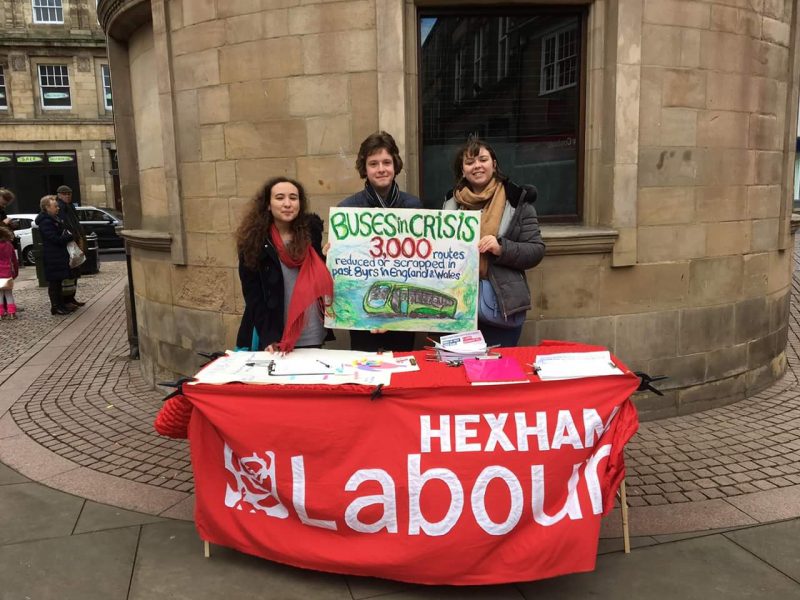 Young Labour out leafleting in Prudhoe this August