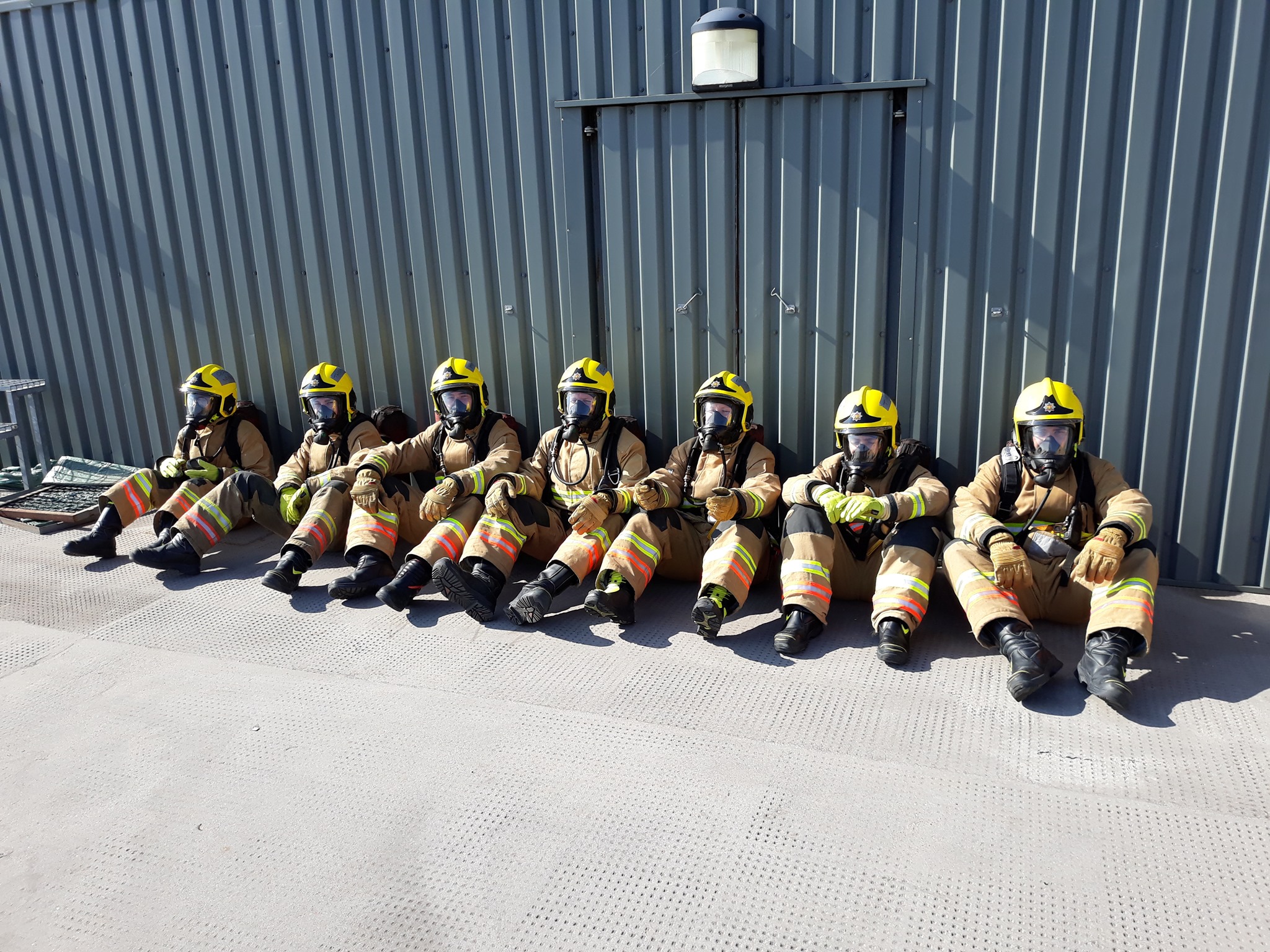 Our Hexham CLP delegate, David Habberjam is a part-time firefighter.

Allendale Fire Brigade, for whom he is temporary crew manager  (as well as Allendale RFS Fire Brigades Union Rep) had six call outs from last Friday (29 May) to Monday (1 June), including a serious house fire and a large wildfire.  On Tuesday night, the people of Allendale came up to the station and gave the firefighters a huge round of applause.

David described it as:

You can see David clapping just inside the doorway at the Fire Brigade HQ, wearing the yellow jacket.

Also present, was our Fire Brigades Union seat on the CLP, Guy Tiffin.  Guy’s the rep for all Northumberland fire fighters.  He was Watch Manager, on the Hexham pump, too.

“We worked together with other local crews for the house fire (Hexham Papa#1 and #2, using Haltwhistle’s pump), and attended a wild fire, working with Hexham, Haltwhistle, Bellingham, Prudhoe, West Hartford and using a pump from Tyne and Wear Fire Brigade.”

So all in all, a real joint, comradely, effort.

You can see the whole thing here